BEHIND THE PROJECT
Early this year (2020) I received a mandate from a team at Telkom Indonesia in Jakarta to make an update on the visual content of the Telkom Landmark Tower videotron LED, which was previously an animated waterfall.
I was very interested in this project, it wasn't long before it started when I was conceptualizing. From this process I got several alternatives, and the one chosen was the underwater atmosphere. It is hoped that this content will be able to make Telkom internals and guests feel refreshed when they come and see the visual in the office. Because the media used is an LED measuring approximately 17 meters x 58 meters, the output content has a size of more than 6K. Demanding that I rack my brain for alternative techniques so that the manufacture is not too heavy. Finally, I tried to make flora and rocks using 2D techniques mixed with natural photo collages, while for the fauna using 3D rendering techniques. The result? satisfying, looks beautiful but with low spec requirements, very efficient.
I worked on this project for approximately 5-8 weeks with the help of several team members to assist in the production process, namely asset creation, 2D animation movement, 3D animation movement and compositing. This job was completed with a full remote due to the pandemic period which did not allow me to see first hand how the view was in the TLT Jakarta building. 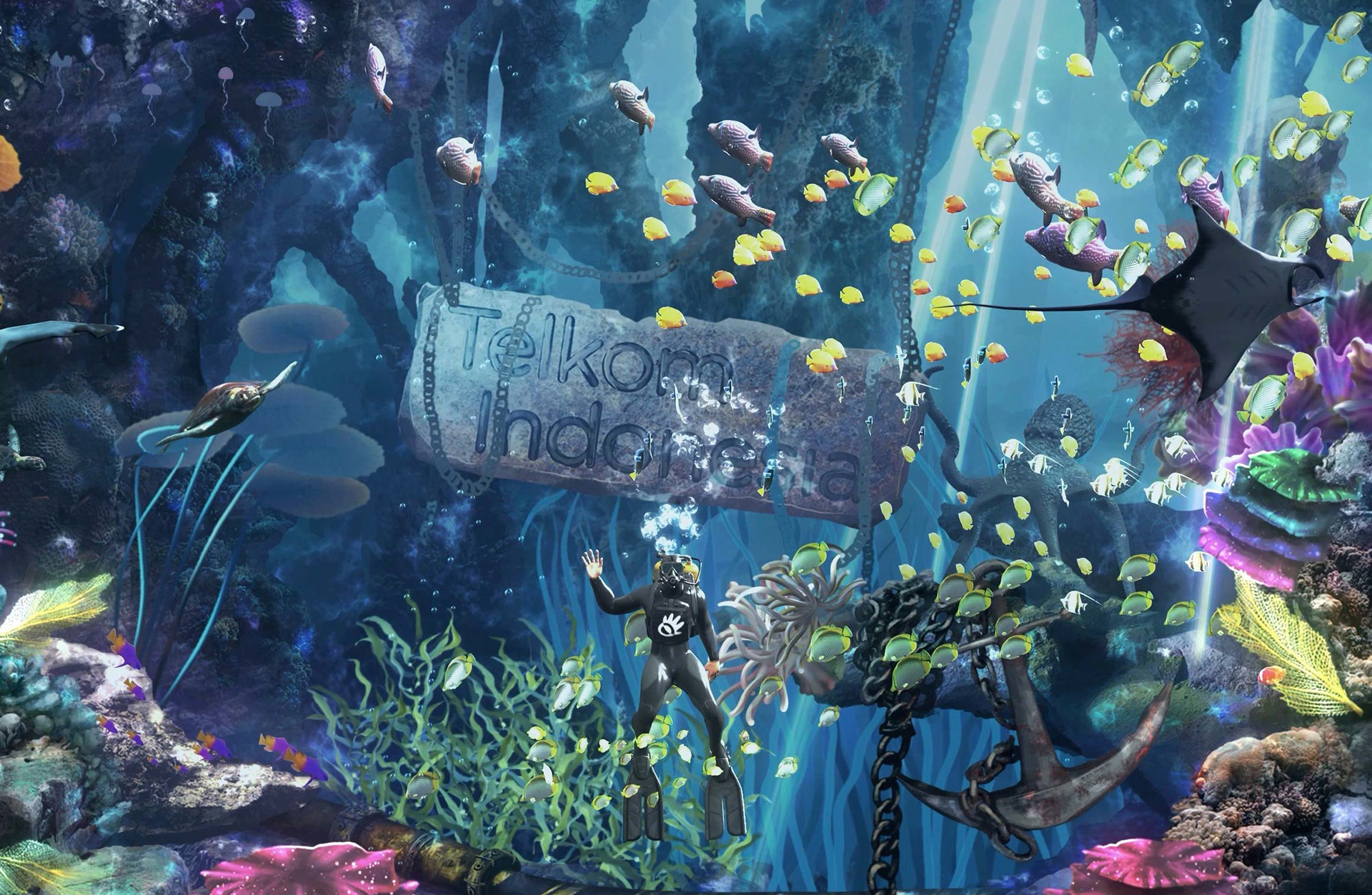 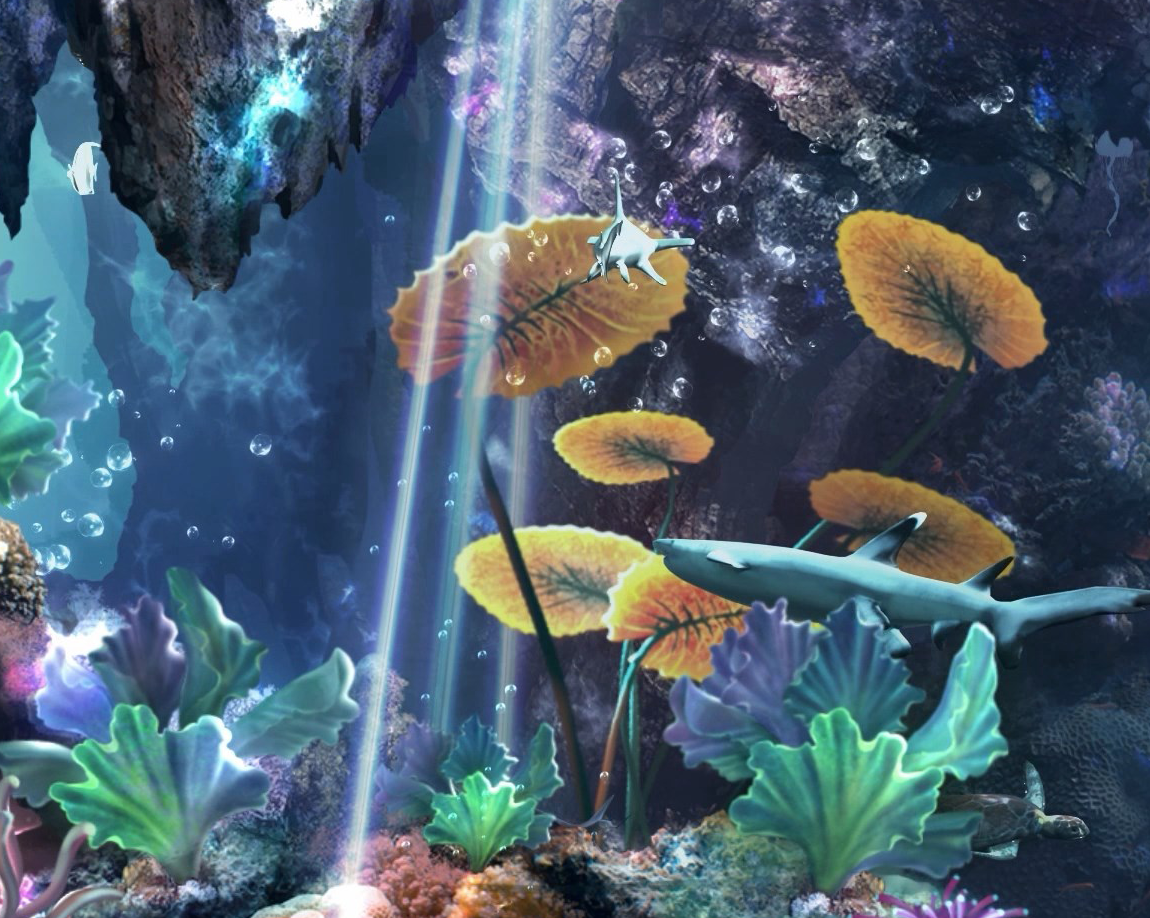 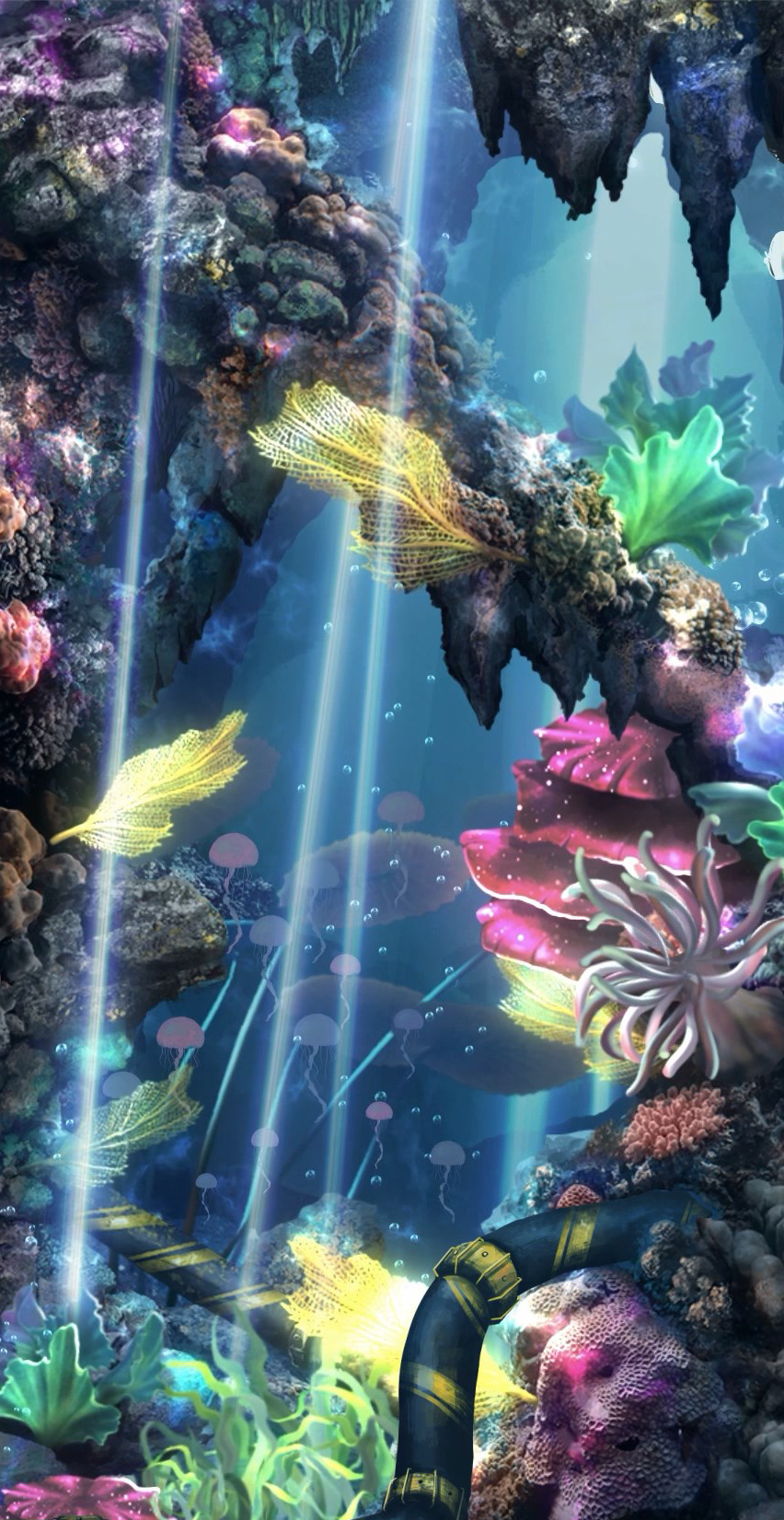 Raw Animation
This is a cutscene of the raw animation. The raw files is looped in 6K pixels with 60 seconds duration.
Documentation
This is low resolution documentation send by whatsapp from my client. I want to shot it my self, but because of the pandemic situations, its prohibited to go to the Telkom Landmark Tower this time.
Media
This is the LED videotron that go viral with the waterfall effect. My task is to update that into new colorfull content that make everyone in the area feel refreshed.
Team
Esa Perkasa Novesada as Director, Lead Animator, Concept, Technical
Muhammad Zamrudi as 2D Asset Illustrator
Anom Atmojo as Animator
Ahmad Muamarul Haqqi as Animator
THANKS!
↑Back to Top

Hi! call me Esa. 5+ years Motion Designer based in Surabaya. Keep in touch with me via "Contact" button. Thank you!